The article deals with subject expression in Tver Karelian modal constructions, which include a finite form of modal verb pidiä ‘must, have to’, šuaha ‘may, can’ or voija ‘can, may’. Pidiä, šuaha and voija belong to the core modal verbs, not only in Karelian but in other Finnic languages as well, and they are the most frequently and freely used modals to express different kinds of (non-epistemic and epistemic) modalities. According to earlier studies, all aforementioned modals have both unipersonal and multipersonal usages in Eastern Finnic languages, but the variation between the usages has remained largely unknown. This empirical study seeks to answer, 1) how often the pidiä, šuaha and voija constructions contain an overtly expressed subject NP, 2) how the prospective subject NP is marked, and 3) how large a proportion of all pidiä, šuaha and voija constructions are subjectless. The data used represent spoken Tver Karelian from mid-20th century, and as the theoretical and methodological background of the study serves functional dialect syntax. 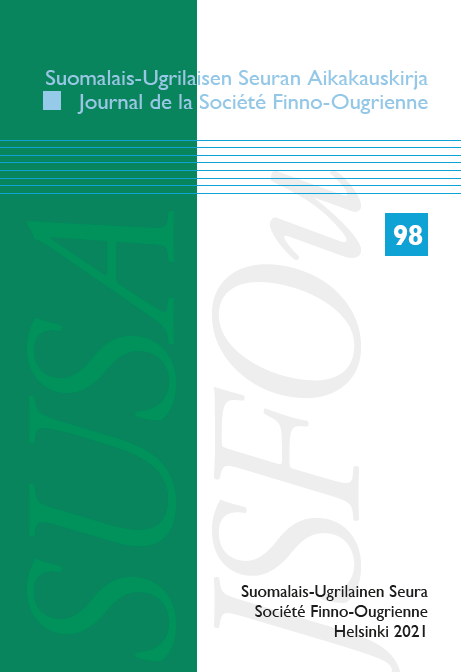