Hottonia palustris L. is a perennial hydrophyte typically found in eutrophic, still or slowly flowing freshwater habitats, often in the presence of groundwater discharge. The species has a Eurasian distribution limited in the north by climatic and hydrological barriers: freshwater habitats in e.g. northern Scandinavia are suggested to be either too cold or too oligotrophic for the species. H. palustris has indeed hitherto remained absent in Finland and Norway, with the closest native occurrences situated in Estonia, Denmark and Southern Sweden. In June 2019, H. palustris was found growing in a clear-watered, spring-fed and sandy-bottomed pond created by sand and gravel extraction in South-Western Finland, in the municipality of Turku. The extent of this occurrence is roughly 10 m2. We consider this the first record of H. palustris in Finland known to have overwintered and flowered outside private or public gardens. In this paper, we describe the occurrence in greater detail, speculate on its origin and outline certain implications of the species’ potential proliferation in Finland. Concluding from the location and characteristics of the pond the species was found in, and the known dispersal syndromes the species relies on, it seems most probable that the introduction of H. palustris to Finland was human assisted. The implications of the proliferation of H. palustris in South-Western Finland include potential competition with native hydrophytes. However, no waterways suitable for dispersal connect the current occurrence to other waterbodies, and clear-watered, spring-fed freshwater habitats suitable for the species are most likely rare in the surrounding region. The rarity of such habitats, however, may render native hydrophytes inhabiting them more prone to negative consequences that a potential competitive invader, such as H. palustris, could cause. 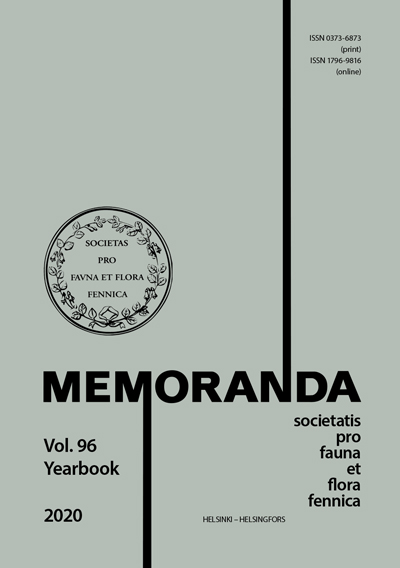