This article studies the appropriation of Anglican choral evensong, and more specifically, dress at choral evensong, in the Netherlands outside the context of the Anglican Church to gain more insight into religiosity in the Netherlands. The authors explore the dress worn at choral evensong in the Netherlands and the meanings participants attribute to it. The concepts of denotational and connotational meanings are used as an analytical tool.
In analysing their interviews, the authors came across three categories of meaning and function participants attribute to dress at choral evensong. The first category was the reference to ‘England as a model’. By wearing Anglican dress, choirs indicate they belong to the high-quality sound group of English cathedral choirs. At the same time, by changing the Anglican ‘dress code’, choirs emphasise their unicity and individuality, independent of church traditions. The second category was the marking of identity: choirs copy the dress from the English tradition, but add some elements to mark their own identity. Besides this marking of identity, aspects of unicity, uniformity, group identity, and gender-marking also play a part. The third category was metamorphosis and transcendence. Choir members refer to unarticulated transcendental experiences by wearing ritual liturgical dress. On the one hand the authors noted a ‘cathedralisation’ or ‘ceremonialisation’ of the singers’ dress, and on the other a de-institutionalisation, for example, in the dress of the minister, if present. The article’s main conclusion is that the fieldwork data reveal that dress at choral evensong in the Netherlands points to changing religiosity at two different levels. First, the authors observe a transformation in the way religion is expressed or ritualised in Reformed Protestant churches in the Netherlands. The popularity of evensong suggests a longing for other forms of worship, with a focus on ceremonies and Anglican-like vesture for the singers. Second, they observe a mix of concert practices and Anglican-like rituals, which the interviewees in our research refer to as a new form of religiosity. In both practices the traditional dress of the Anglican Church is used, whether copied exactly or adapted.
A new phenomenon may be observed: choirs wear Anglican-like vesture decoupled from the Anglican Church as they are longing for transcendental experiences which they find in the musical-ritual form and high musical quality of choral evensong.

Hanna Rijken (*1980), theologian and musician, is a PhD-student at the Protestant Theological University Amsterdam in the Netherlands.

Martin J.M. Hoondert (*1967) is assistant professor of ‘Music, Religion and Ritual’ at the Tilburg School of Humanities, the Netherlands. 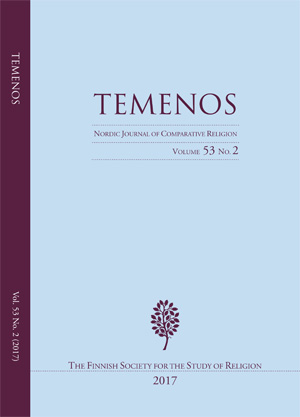 This work is licensed under a Creative Commons Attribution-NonCommercial-NoDerivatives 3.0 Unported License.

Under the CC BY 4.0 license, the Author/s and users are free to:

The license of the published metadata is Creative Commons CCO 1.0 Universal (CC0 1.0)

The Authors maintain the right to: