This article covers same-offence-identification as singular or multiple offences (same-offence- identification) pertaining to stalking. Said doctrine is a subbranch of the concurrence of offences and there are no provisions in the law concerning this phenomenon. Instead, it falls onto the courts to decide whether a conduct is to be considered a singular or multiple breach(es) of a certain criminalization. This decision is steered by legal praxis, legal literature and the so called “natural point of view” and the criteria that compose it, which have been established in legal praxis. Weighting of said criteria varies depending on the offence in question and especially its wording.

Occasionally, this resolution can have a significant influence on determining the severity of punishment presently or in the future as well as time-barring of the right to bring charges. Thus, the consideration of these viable consequences already in the phase of same-offence-identification can be deemed an interesting prospect. The focus of this article is on the analysis of same-offence- identification pertaining to stalking (CCoF 25:7 a) in light of inter alia the principles of legality and equality within criminal law; if these decisions can directly influence the determining of punishment either in the present or in the future, it is paramount that said decisions are made foreseeably and justly. Hence, the main research material comprises decisions made by the courts of appeal of Helsinki, Turku and Vaasa in cases of suspected stalking between 2015 and 2019. 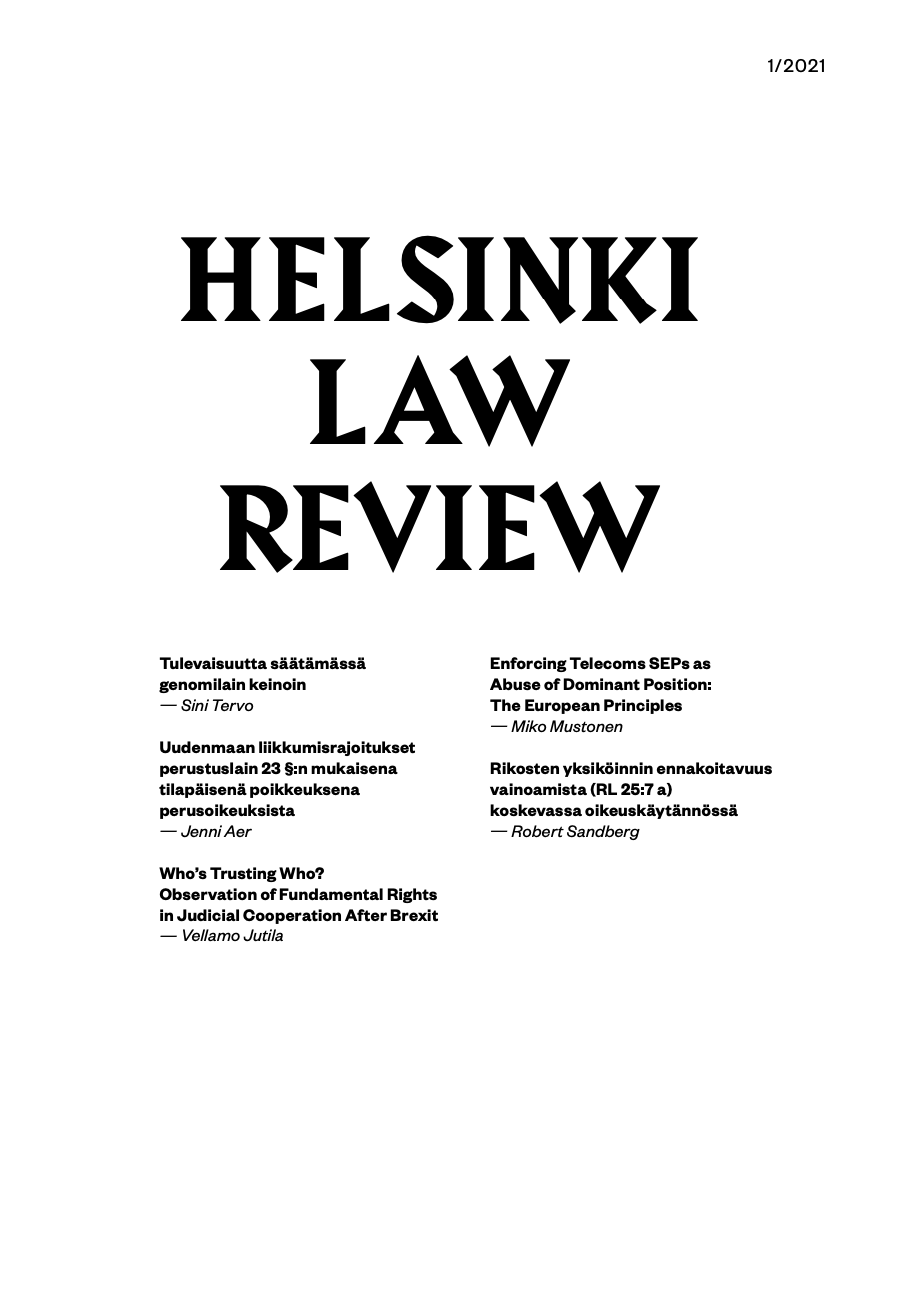