Every year, dozens of forced marriages are discovered in Finland. However, none of these have been prosecuted. In 2015, Finland ratified the Council of Europe Convention on Preventing and Combating Violence against Women and Domestic Violence, known as the ‘Istanbul Convention’, which explicitly requires States to criminalise intentional conduct forcing an adult or a child to enter into a marriage. This article evaluates the legislative measures made by the Finnish legislator in order to implement the Istanbul Convention, the potential need to criminalise forced marriage as a specific offence and the need for the crime to be subject to public prosecution. At the time of writing, forcing a person to enter into a marriage can be prosecuted as trafficking in human beings or as coercion. This article aims to show that these measures are insufficient. The findings indicate that criminalisation of forced marriage as a specific offence would be justified taking into account the principle of legality as well as Finland’s treaty obligations and duties to protect and to fulfil human rights. 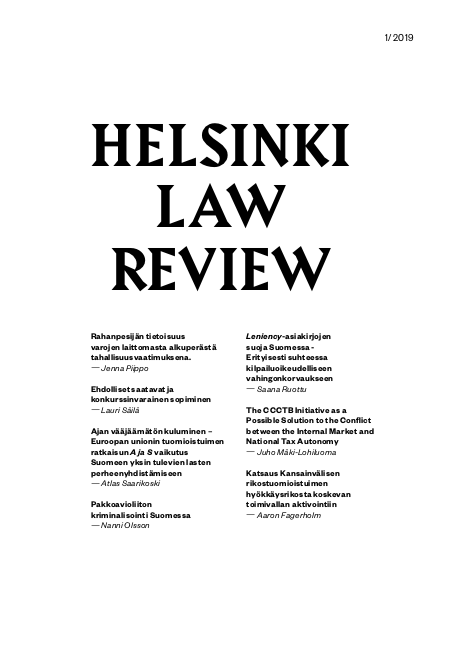