Fish Bones and Fishing in Finland during the Stone Age

Burned fish bones are constantly being discovered in the excavations of Stone Age settlements in Finland. This abundance of fish bones, as well as the usual location of the settlements on the shore of lakes or the sea, illustrate the importance of fishing to the Stone Age economy. Added to this, examples of the fishing gear that was used, mostly made of stone, are also occasionally found in Stone Age contexts. Yet, despite the clear importance of fish and fishing in Stone Age Finland, the fish bones themselves have not been studied thoroughly before, although the diversity of the fishing culture at the time could be clarified by such analyses.

I am interested in the everyday food acquisition strategies of the Stone Age forager communities. By studying the surviving bones and tracking the distribution of fish species, I have been able to create a picture of the fishing methods used at the time and the importance of fishing to the community. The availability of fish is highly dependent on the prevailing environmental conditions, and their behaviour directly influenced their potential as a food source.

This empirically driven multidisciplinary study combines data from zooarchaeology, archaeology, ethnography, fisheries biology, environmental studies and, the most importantly, taphonomy. Research on burned bones is rare throughout the international research literature. The essential aspect of this research is to understand the nature of the bone material itself, because with burned bones many different factors can affect the results. Studying the effects of bone survival and the recovery methods used in excavations are thus an integral part of my research.

For this study, I have selected ten sites with concentrated burned fish bone deposits, either on a hearth bottom or in a waste pit. In addition to these site-specific studies, I also address the specific issues of bone burning and excavation methods raised during the study. The archaeological bone fragments were analysed morphologically by comparing them with modern reference bones. However, due to the lack of reference bone material in Finland when I began this study, I started by preparing my own reference collection.

There are several topics can now be more thoroughly and accurately discussed based on this study. According to results provided by the fish bone finds, it is argued that fishing was the most reliable source of daily food in Finland during the Stone Age. Fishing was a mostly opportunistic, low-level daily activity, and all types of fish were considered equally fit for consumption.

Burning is a major taphonomical cause of bone loss. At the same time, it contributes to the preservation of compact skeletal parts. Based solely on the number of bone fragments preserved, no single species can be asserted to have been more important than another, as the bones' taphonomical stability varies between individual species.

Fish bone finds from Finland are generally uniform throughout the Stone Age. All variation in the distribution patterns of fish species can be explained by the location of sites, environmental aspects, and excavation methods. The Stone Age fish bone finds support the theory postulating the use of historically known simple fishing gear. Based on the fish bone data, the fishing methods utilized remained the same throughout the Stone Age. Fishing was probably a year-round activity with some seasonal variations. 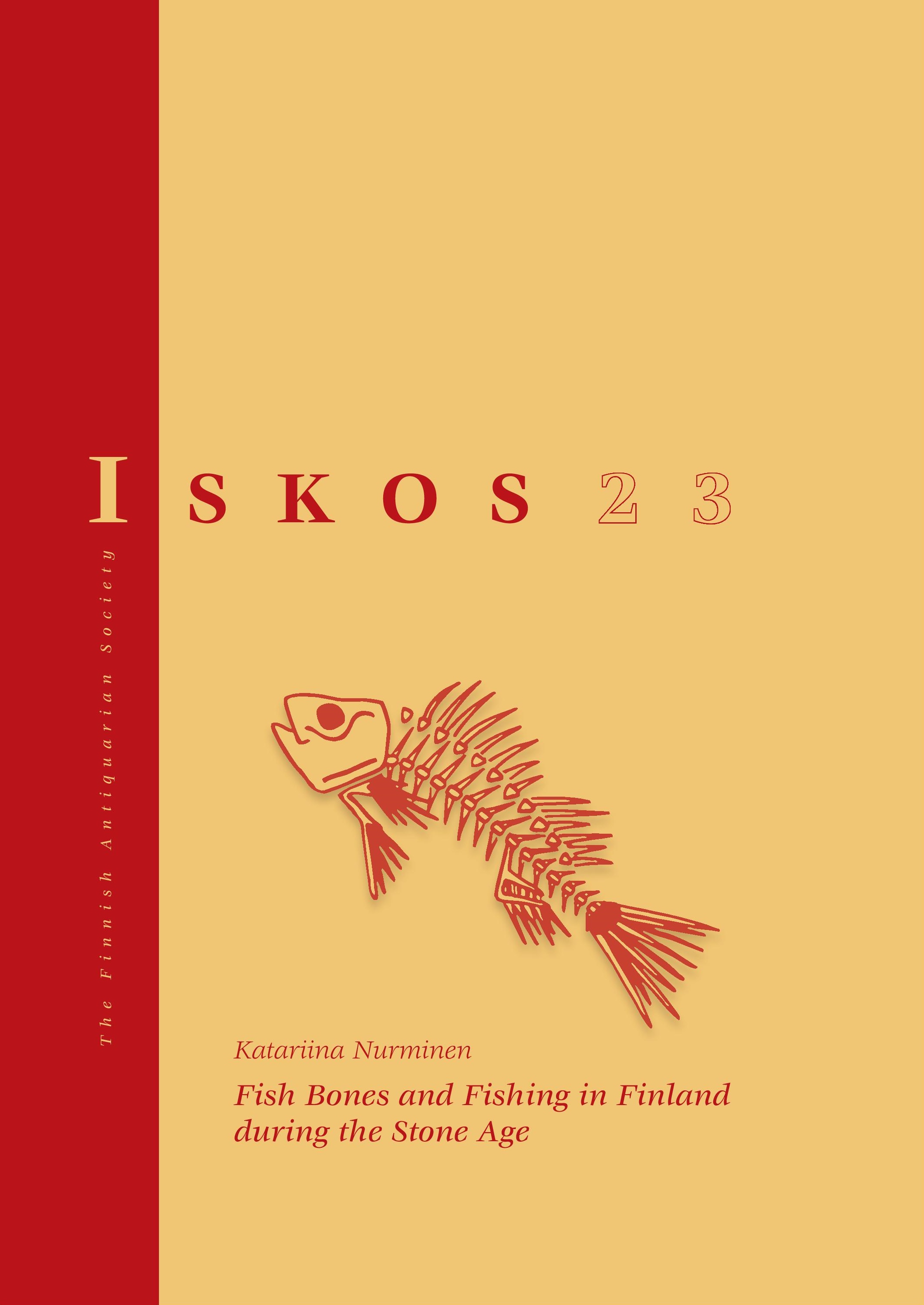