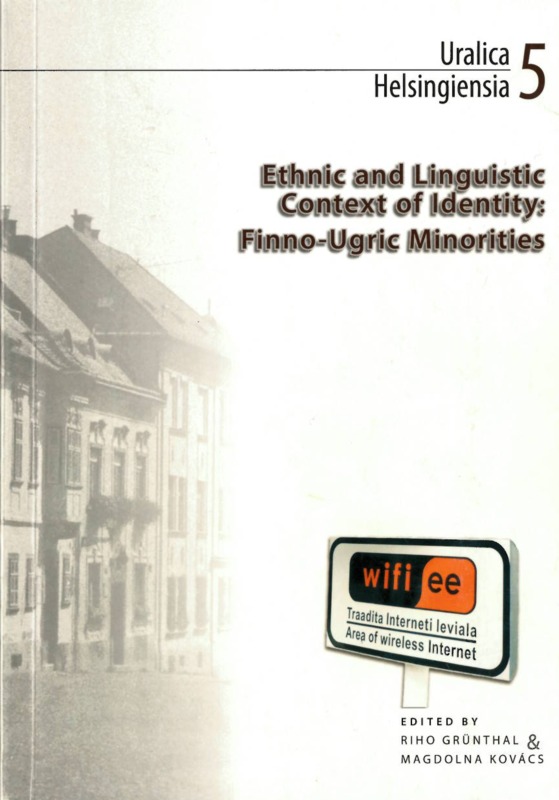 Edited by Riho Grünthal & Magdolna Kovács. Ethnic and Linguistic Context of Identity: Finno-Ugric Minorities focuses on the language and language identity of individual speakers and communities among the Finno-Ugric minorities, living today in a world in which borders can easily be crossed. Social, economic and political changes that have affected language communities also affect the domains in which a given language is used. The Finno-Ugric minorities have different histories, their political and economic circumstances are far from uniform, and they also differ from the majority language groups in many ways. Every language community has its own special characteristics that illustrate the fate of language minorities in more general terms.